A job in the film industry can cover an extremely large expanse of roles.  There are production assistants, light and sound technicians, wardrobe, special effects, stunts, client services, and production team (and that is only naming a few).

Anyone who has watched the full credits for a movie has probably sat theorem like me, and thought, “What does a Foley artist even do?”

My sister has worked in film and I have sat and watched the full credits many times just to see her name, and even then, I’m not completely sure what half these people do.  But I do have Zooey Deschenal’s former laundry hamper as a result, so that’s a plus!

FIlm jobs tend to be considered freelance work and on a job to job basis.  You are unlikely to have jobs that last longer than the time of the production unless you are working for a specific television studio or program.

At the end of the article be sure to check out our complete film resume example.

When applying for film positions, you will want to keep the role you are applying to in mind.  You should add any relative experience related to the position in your objective.

You want to show that you are a hard worker, you are able to follow directions and you possess a team player attitude.  These attributes will assist in making your resume stand out.

Teamwork, self-direction, and interpersonal skills can be just as important to your success in the film industry.

Experienced and creative professional seeking a job with a film production crew.  Experience in team collaboration and possess the ability to perform well in a fast-paced environment while meeting deadlines.

Those that work in the film industry should possess strong critical thinking skills as they may be left to solve problems independently or on the fly.  The ability to learn from past mistakes is also crucial.

Film is an industry that involves a lot of word of mouth.  If you are sloppy in your work, make the same mistakes repeatedly, or are not able to function in the ever-changing environment your name is less likely to be passed around.

When tailoring your skills section on your resume, take a good look at the film you are applying to work for.  Where is the film being made?  Is it primarily being shot in Germany? Do you speak German?  Great, then include that.

Do you possess sewing skills, do you know how to paint or are you knowledgeable in construction?  Have you ever worked in catering?  These are great skills to list for a generic or PA (production assistant) role.

Even something as basic as knowing how to drive could help since you may be required to pick up and deliver items or transport people from one place to the next.

Your work experience in film is likely to be extremely varied.  You may even want to include any theatrical experience you have because it shows you have an understanding of how productions are made.

Since working in film is not a long term job, it only goes the length of the project, you will likely have multiple and spaced out work experience.

You do not need to fill any gaps with jobs you held in the interim unless they are somehow tied to a production position such as theater, music industry, or other forms of entertainment and they can show skills related to film.

If you have worked on multiple jobs in the film industry then don’t even bother adding other entertainment jobs.  The only exception is if the job could highlight a specific skill set needed for the post for which you are applying.

The Call of the Wild, 20th Century Studios

Assisted lighting technicians, camera operators, and audio technicians as needed.  Transported equipment, prepared and packed items to be sent from location to location, and endured union and employment guidelines were followed.

Assisted the costume department with day to day tasks.  Delivered costumes to various sites and effectively tracked their location.  Cleaned and mended pieces, and assisted actors in getting dressed. Additionally, I assisted the audio techs with the proper packing of equipment, ordering supplies, and other tasks as needed.

While it is possible to jump into film work at the entry-level with nothing but a high school diploma if you know you want to work in film then it is suggested to seek a related degree.

If you are not sure what area of film most interests you then take a general film studies course or two.  If you know you want to work in audio, production, or directing then there are degrees specified for those roles.

FIlm degrees come in a lot of shapes and sizes so when added courses to your resume add those that are most relevant to the position you are applying for.

Other related certifications you may consider are in audio, computer graphics, digital media, special effects, or animation.

There are also non-film specific certifications that you may want to consider such as certificates in lighting design and safety, ladder safety, and CPR/First Aid.

As we have seen so far, working on film requires a diverse set of skills and someone who can jump into roles as needed.

However, once you have honed in on your major interest you can begin to look for jobs that fit those interests.

We are now going to look at an actual job posting for a position in film followed by a complete sample resume geared towards abstaining that position.

One of the first things that caught my eye was that even though they are asking for someone with a bachelor’s in film production they are willing to consider candidates with adequate work experience.

This is a big plus for those who are working their way up the industry ladder.

They have a lot of qualifications on the list but don’t let that scare you away if you can hit a handful of those qualifications you should still consider applying.  It’s important to remember that job postings list the perfected version of a candidate, not necessarily the only ones they will hire.

Experienced and knowledgeable production technician with 12+ years working in film seeks a position where they can continue to be an asset to a production team while continuing to grow and learn.  Experienced in EFP and working knowledge and experience in a variety of filming environments

Collaborated with the director, actors, and director of photography to properly set up shots.  Responsible for setting up my Steadicam system and utilizing the equipment for clear shots while tracking actors.

Responsible for unpacking and setting up the Steadicam system. Worked around obstacles while maintaining clear and accurate shots.  Wrecked with the production team to endure proper set up of shots.

Worked as a PA on the New York site.  Primary duties included assisting the lighting director and Steadicam operators as needed.  Packed and unpacked cameras.  Loading trucks for transportation to the next filming site.  Worked in a fast-paced environment and tool direction when given.

Now that we’ve taken an in depth look at possibilities in film careers you can see how variable it may be.

You may work for a TV show or TV studio for years on end, or you could spend 6 months on location doing a shoot.

Film careers can also translate to television, documentaries and independent films.  Of course people may dream of being a pivotal part of a major blockbuster, but it is possible to make a great living working on minor productions and at TV studios.

“I was the guy who had been bouncing around the film industry for years, and I’d been lucky if five or 10 people would see my movies, so Captain Jack did a big flip for my career.” – Johnny Depp, Actor, Producer

FIlm is an exciting field and can be a stable career for many on the production side.  Figure out where your niche is and on what aspect of the industry you want to work in and start learning! 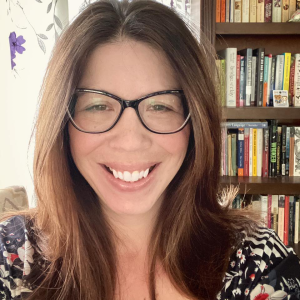